I am hardly the reader I was years ago. With the arrival of Pim, and later Emmi, my reading time dwindled. And I know there are people out there who will say that finding time to read is really about making it a priority. And perhaps this is true. But in between a full-time job, a partner with a full-time job which involves lots of travel, and two children (one of whom is a baby who refuses to go to sleep on her own at night), I often find myself lucky to just be able to sit down on the couch and watch a TV show. And even that is usually 30 minutes tops. Reading with a (hopefully) sleeping baby on your chest is simply not as easily done, particularly when you have all the lights turned off in the hopes of letting the baby sleep.

So yes, most days I call myself lucky if I get 3 pages of reading in before I blissfully get to close my eyes in the hopes of catching a few hours of sleep.

Today, I thought I would tell you a little bit about the last books I read. If nothing else, they have one unifying characteristic: they count as Diverse Reads. I hope to continue reading more diverse literature in the upcoming months.

Ok, so I basically picked up this book because of the beautiful cover. Luckily, it offered more than just a pretty picture.

Listen, Slowly tells the story of Mai, who has to travel to Vietnam with her grandmother during her summer break. Mai’s grandmother wants to find out what really happened to her husband during the Vietnam war. Mai’s parents think this would be a great time for Mai to find out more about her culture. But Mai does not agree: she wants to be at the beach, at home, with her friends. And so, she wants this trip to be over as soon as possible: Vietnam may be important to her parents, but Mai does not think of it as part of her own identity.

In the beginning, I felt Mai was a bit too much of a “whiny teenager”. The set-up was a little obvious and from the beginning you knew that by the end of the story, Mai would have learned about her own prejudices and find something worthwhile in her trip. The middle and end of the book made up for my annoyances with the first part, however. What I particularly liked were the scenes between Mai and her grandmother. As I said on Litsy, these scenes are truly the core of the book. They portray Mai’s growing respect for her grandmother and Vietnam.

“I tell you of loss, my child, so you will listen, slowly, and know that in life every emotion is fated to rear itself within your being. Don’t judge it proper or ugly. It’s simply there and yours. When you should happen to cry, then cry, knowing that just as easily you will laugh again and cry again. Your feelings will enter the currents of your core and there they shall remain.”

Twelve-year-old Apple has two best friends. She never invites her friends over to her house because she is afraid of their reaction to Filipino food and her mother’s mistakes when she talks English. In her fear of being perceived as “different”, Apple has always felt alone.

At the beginning of the new schoolyear, Apple is put on the “Dog Log” by the popular boys in school. This list of the most unpopular girls in school challenges Apple’s friendships: instead of defending Apple, her two friends stay silent around their boyfriends – the boys who composed the list – and start to slowly conform to their opinions more and more.

Friendless and embarrassed, Apple turns to music for comfort: she listens to the casette of Beatles songs that she knows her father used to listen to and she pursues her dream of playing these songs herself on a guitar.

Blackbird Fly is incredibly effective in its portrayal of racism as well as bullying. Not having been on the receiving end of the pervasive racism that Kelly addresses in the story, it feels a little weird to judge whether that was done well. I can say that it surely made clear how racism becomes part of the smallest gestures and how even these can hurt.

Another thing I felt was particularly strong was the portrayal of silent standers-by, who look away or do not speak up when they see racism or bullying occur (the two intertwine in this story, not saying they are the same thing). In addressing this non-addressing, Kelly makes a very important point: in not speaking up we become implicated in the hurt that is caused. Kelly does not turn this into a story of good vs. bad, but rather manages to blur the edges. You can still do harm without necesarily intending to do so. The reader gets to understand and sympathise with some of the reasons behind not speaking up, but is still pointed towards the fact that speaking up is the better choice. I loved that about this book.

And then, of course, there is Apple. She is the most relatable heroine. Flawed but so courageous. Watching her find her solace in music, her finding new, truer friends who she helped to be who they wanted to be while they helped her, was such a joy. I just want to hug her close.

After reading this I mostly wished that I could go back in time and make my younger self read this book. Because it addresses so many things that speak to young teenagers, without becoming patronizing. To some extend this is the same old story about school and friends and bullying and being true to yourself, but it also manages to address deeper societal problems in a friendly, hopeful manner and through a relatable and kind heroine.

Which diverse books would you recommend I read next?

I am thinking of giving audiobooks a try, given the whole reading conundrum, are there any titles you’d recommend?

Currently I am reading: Hope in the Dark by Rebecca Solnit & Aristotle and Dante Discover the Secrets of the Universe by Benjamin Alire Sáenz. 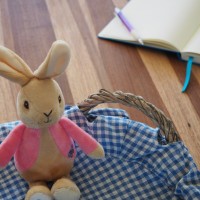 Copyright © 2010-2016 Iris from Iris, Books & More. All Rights Reserved. All content belongs to me unless otherwise noted. It should not be reproduced without express written permission.